Who Was Isaac Remsen 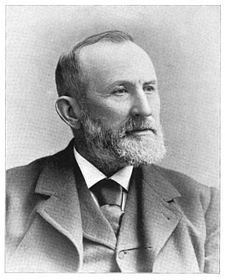 Isaac B. Remsen, one of nine children of Rem Remsen, was born February 1, 1826 in Jamaica, Queens county, Long Island.  From his earliest years his life was one of persistent industry.  In his early boyhood he aided in tilling the home farm, and his education was necessarily limited, but his school deprivations found ample compensation in the broad knowledge he obtained from experience and observation.

Later in life, Isaac settled on his farm on the Rockaway road, Long Island, where he remained for twelve years. It was during the latter period that he made his beginning in those activities which conduced greatly to the advantage of the region, bringing him reputation as a public benefactor, as well as handsome compensation for his effort.  He built a track connecting Nassau Lake, adjoining his farm, with the Long Island Railway.  He then rented his farm and returned to Far Rockaway, where he dug two lakes, one of three acres and one of four acres from which to procure ice.  He subsequently excavated for other lakes, and in 1887 accomplished his greatest achievement in the making of Remsen's Lake, adjoining the town of Jamaica.  This beautiful sheet of water , covering an area of six acres, is fed from living springs, and the ice taken from it is of unsurpassable purity.

Isaac Remsen was a true pioneer in environmental engineering, and an inspirational example of how experience and observation can lead to great success.  His vision lives on at PS 147.

*Some of the text above was excerpted from the book, History of Long Island by Peter Ross

Get real time school updates on your mobile device with eChalk Notify.

Connect with code 9TC2V4 to get instant alerts or log in with your eChalk user account for the latest updates from all your classes and groups.